By The Numbers: Soundtracks Have Increased 300% In the Chart Since Frozen

Since Frozen hit the Billboard 200 in week 50 of 2013, movie soundtracks have dramatically increased their presence inside the top 5 and top 10, across a range of releases. And while box office numbers have slightly increased year-on-year this decade, it's unlikely to be the reason for the sudden spike in popularity of soundtracks.

Why have movie soundtracks experienced such success since 2014? The numbers offer some answers. 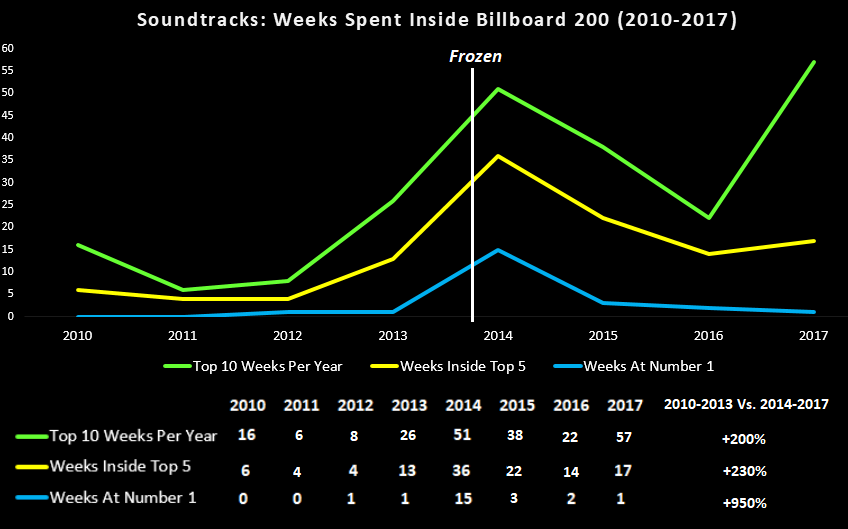 The spike initiated by Frozen in 2014 was at first heavily skewed by Frozen itself. 40 out of the 51 weeks in the top 10, 32 of the the 36 weeks in the top 5, and 13 of the 15 weeks at number 1 were all Frozen. Once it left the charts towards the end of 2014, though, numbers didn't fall back to pre-2014 levels. On the bottom right of the graph is the percentage increase in these numbers pre-Frozen and post-Frozen. Anything over 200% is a significant gain, and the 950% increase in weeks at number 1 highlights the new staying power soundtracks have displayed. Even after removing Frozen's 13 weeks at number 1, the genre still experienced a 300% increase in number 1 weeks in the period 2014-2017.

The percentage of Billboard 200 weeks attributed to movie soundtracks peaked in 2014, but remained steady in the years after. Are these numbers merely the result of a couple of outlier, huge-ticket releases like Frozen though?

Number of Soundtracks Albums in the Billboard 200

The successful year soundtracks had in 2014 is almost entirely due to Frozen, but in the following years, a larger number of soundtracks were entering the top 10 and the top 5. 2015 and 2017 were big, and it wasn't just box office smashes like Furious 7 and 50 Shades of Grey contributing;  The Descendants and Descendants 2 also contributed. 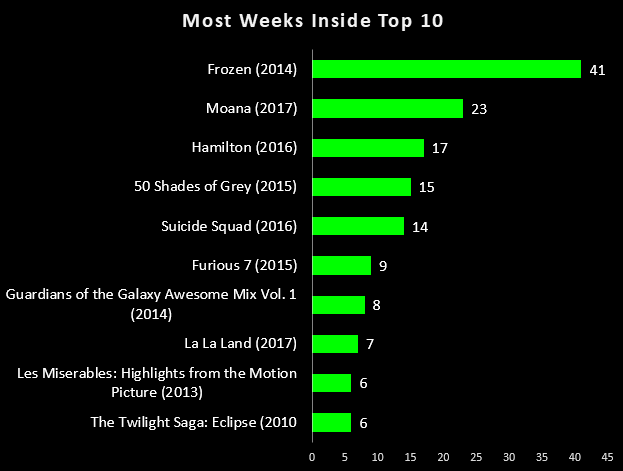 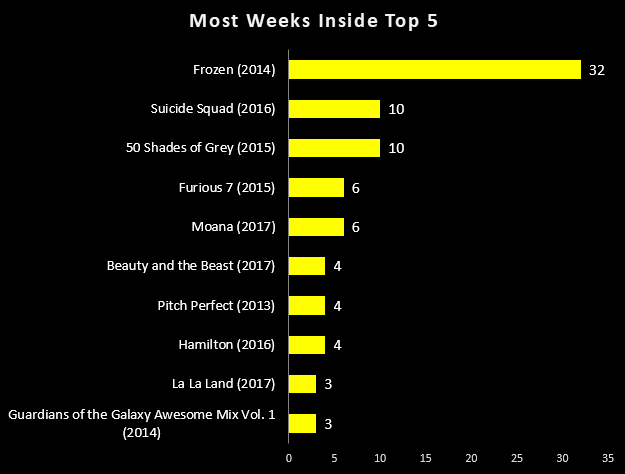 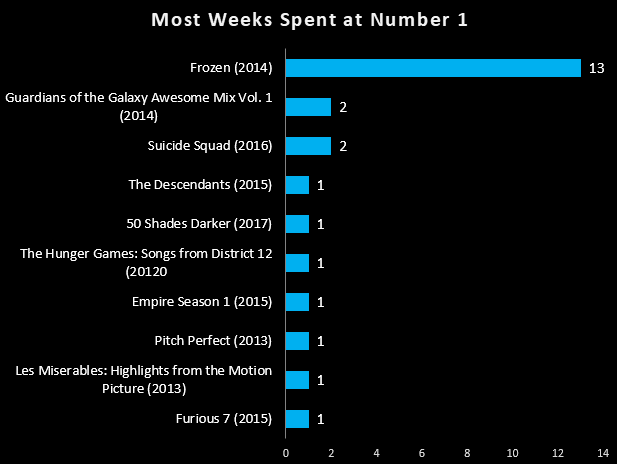 Can The Increase in Chart Performance Be Explained by Box Office Numbers?

Or, to put it another way, are the movie soundtracks in this list so popular because of the music, or because the movie performed well?

These figures are only based on the dataset, which only includes movie soundtracks that charted within the top 10 from 2010-2017.