By The Numbers: Dave Chappelle Has Had A Lasting Impact On Lyrical Content

When Chappelle's Show first aired in January of 2003, few could have predicted it would prove so influential in so many different ways for the next 14 years. More than simply providing endless punchlines for rappers well into the 2010s, Chappelle actively moved the culture forward, and shined a bright light on the systemic racism that was still entrenched in North America, a deep issue that remains in 2018.

Chappelle's impact on hip-hop culture is no more evident than in the lyrics the show inspired via the oft-quoted classic sketches. Using Genius' lyrical database, Chappelle's direct impact on lyrical content can be measured. Chappelle's Show first aired in January 2003, and season 2 ended in April 2004. By searching the database for some specific terms from the show ("Chappelle", "Fuck yo couch", "I'm rich bitch", "Dylan", "Rick James"), spikes and increases in usage can be found and measured. All of these terms experienced an increase in usage immediately after the show aired. 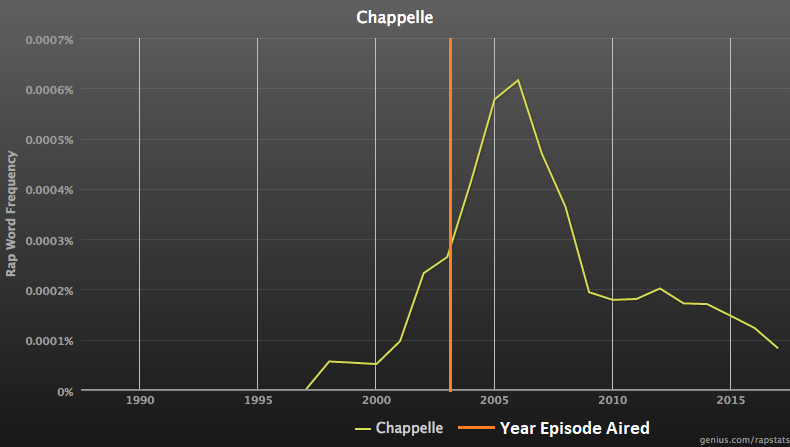 Delusional Thomas - “Halo” (That Chappelle's Show episode, you know, Paul Mooney was in)
Pusha T - “Don’t Fuck With Me” (Chappelle Show, all of you Neal Brennans)

The use of “Chappelle” rose during the period the show was being aired. It tapered off quickly while Dave took his sabbatical, then steadied when he returned to public life around 2010. 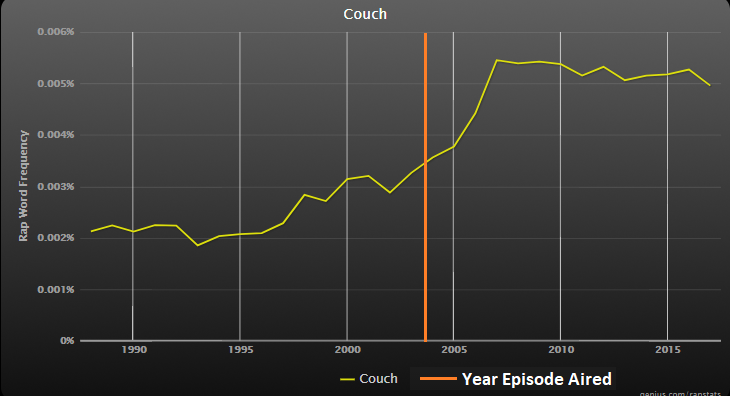 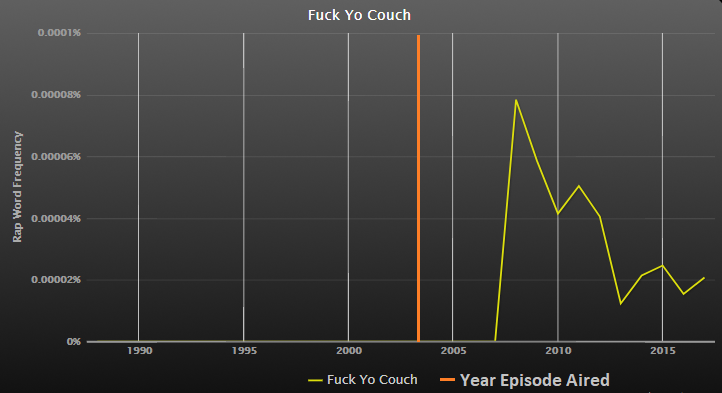 
The popularity of Chappelle’s “Rick James” skit is reflected in the lyrical content of rappers after it aired. There was a large spike in the phrase “Fuck yo couch”, and couch mentions almost doubled between 2003 and 2006, after remaining relatively stable for over 12 years. 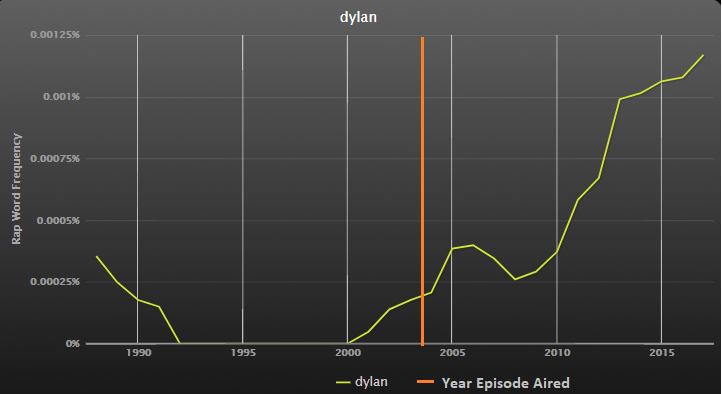 
During Chappelle’s “Making The Band” skit he parodied the real life Dylan, prompting this upturn in the mention of the name in rap lyrics. 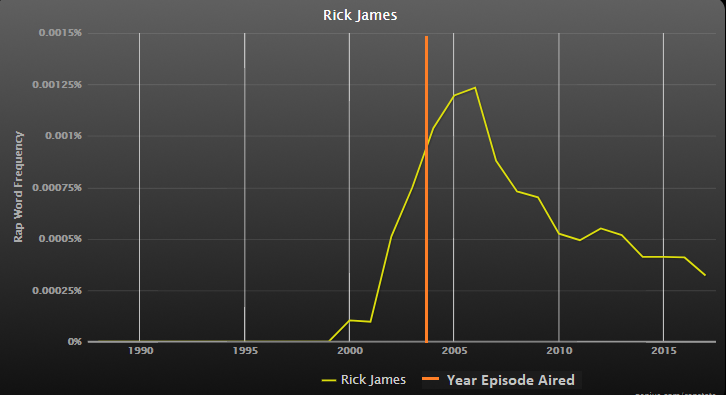 
The use of “Rick James” was already trending upwards when Charlie Murphy’s “True Hollywood Stories” skit based on the singer’s life aired in February 2004. Since, it’s become a catchphrase for the show, even more popular than “fuck your couch”. 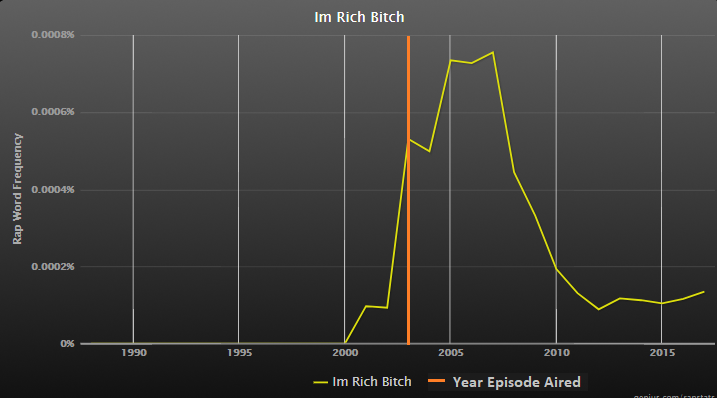 The legacy of the show is more than these simple cathphrases, and a future article will explore the lasting impact that Chappelle had on the careers of the musicians that featured on his show. Music was very much a part of Chappelle's career in the mid-2000s, and his lasting relevance and the continued popularity of his comedy (highlighted by his recent work with Netflix) reveals something deeper at the core of his published work, a connection with his audience that goes beyond entertainment. Even if Dave does retire from stand-up and the public eye, these statistics will remain as proof of just how influential he is and has been on hip-hop culture, a culture that is currently the most dominant and popular in North America.
at January 07, 2018
Email ThisBlogThis!Share to TwitterShare to FacebookShare to Pinterest
Newer Post Older Post Home