When Dedication 6 drops on Christmas Day, hip-hop fans will be desperate to hear the fabled "Mixtape Weezy", a persona he hasn't regularly inhabited since the late 2000s.

But what is this "Mixtape Weezy", and how did he manage to (somewhat) confirm the illustrious title of "Best Rapper Alive" that he so bullishly applied for in December 2005 on his 5th solo LP Tha Carter II?

It was the Dedication series, of which there have been 5 instalments, that introduced Lil Wayne as "the rapper eater", an emcee in such rare form that he would take the hottest songs on the Billboard charts and lyrically assassinate rappers over their own beats.

But was a Lil Wayne remix a blessing or a curse for the original song?

Wayne liked to skate over the hottest beats on the charts at the time, and over the course of 10 major mixtapes from 2006-2015, tracks that he rapped over dropped a staggering 325 places on the Billboard Hot 100 after he released his version of the song.

NOTE: This analysis deals with a correlation, not a causation. It's very difficult to definitively say "Lil Wayne was the reason these songs dropped chart positions", even with all the data that exists. There are many other factors, many of them qualitative, that determine the chart position of a song. However, as you'll see, songs have dropped significantly more chart positions than they've gained when Wayne remixes them.

Which Songs Suffered The Worst?

Wayne's versions of these songs coincided with huge chart fall-offs. "Pop My Collar" by Three 6 Mafia had spent 12 solid weeks in the chart before Dedication 2 dropped, with Wayne's "Poppin' Them Bottles" alongside Young Money signee Curren$y and perennial feature artist and label head Mack Maine. The track lost 39 places in 3 weeks.

Three 6 Mafia weren't alone. Whilst tracks like "Run The World (Girls)" by Beyonce were already heading towards the end of their chart run, Wayne arrested some tracks ascent and turned it around. "Throw Some D's" by Rich Boy, which entered the chart in late 2006, was ascending comfortably, peaking at number 6 three weeks before Da Drought 3 dropped. It then entered freefall, leaving the entire chart 4 weeks later.

Other songs, like Mims' "This is Why I'm Hot", which Weezy used as part of the intro to 2007's Da Drought 3, dropped out of the top 10 entirely after the remix. This same fate was suffered by "What You Know" by T.I., "I Gotta Feeling" by The Black Eyed Peas, and "Run This Town" by Jay-Z, Kanye and Rihanna.

Which Artist Has Suffered The Most Chart Position Drops At The Hands of Wayne?

An uncharacteristic example of friendly-fire. Wayne signed Drake to Young Money back in 2009, and he might be hesitant in handing beats over to his boss if he ever reads this article. 38 dropped places on the Billboard Hot 100 have coincided with Lil Wayne remixing Drake's tracks, slightly more than Beyoncé, her husband Jay-Z, and frequent Wayne collaborator Future.

What Era Was Wayne At His Most Devastating?

The "Mixtape Weezy" era is usually defined as December 2015 to 2009, or, from Tha Carter II till Wayne fronted up for prison in 2010. Some claim Wayne hasn't been the same since, but was there a difference between his two major eras? 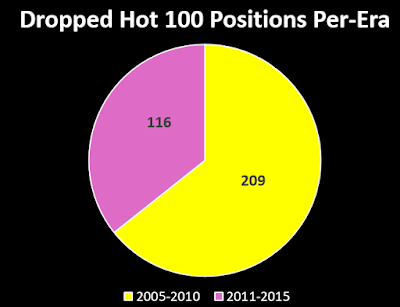 Wayne was more devastating during his pre-prison run. 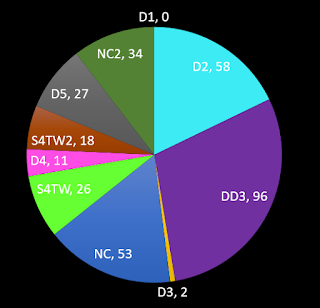 Da Drought 3 has been the most detrimental to hot beats, accounting for 96 dropped Hot 100 places. Unsurprisingly, Dedication 2 comes second. Dedication had no associated chart drops, while Dedication 3 and Dedication 4 were also quite tame.

These Are Correlations, Not Causations

It's useful to remember again that there are other factors involved in the dropping of chart positions. Many tracks, like Mims' "This Is Why I'm Hot" and Beyonce's "Upgrade U" suffered chart fortune turn-arounds as soon as Wayne dropped his remix, in fact there were 13 songs (out of 46 in this analysis) that were climbing the charts before Wayne came through.


Did Any Artist Actually Get A Boost From Wayne's Remixes?

Who got the biggest chart boost from Lil Wayne? Lil Wayne!! His verse on DJ Khaled's "We Takin'; Over", which also featured Fat Joe, Rick Ross, Birdman, T.I. and Akon, was likely one that introduced him to a widespread audience. The track peaked at number 28 on the Hot 100, but Wayne's stream of consciousness, an effortless laureate-like description of things that might have just been in the booth with him while recording, was the birth of the rapper eater. He devoured his collaborators on that song.

Will the next batch of remixes illicit the same chart results? It's already been confirmed Wayne has jumped on Kendrick's "DNA" (not in the charts anymore) and 21 Savage's "Bank Account" (27th). Will Wayne ruin some more chart runs? Or will he lift the songs he remixes even higher?