By The Numbers: Revival is Eminem's Least Explicit Album Since Infinite

This blog has already crunched the numbers on Revival and found it's 19.5% pop, but even more surprising is Em's lack of swearing on the project.

Eminem's transition to pop-rap comes accompanied by a serious reduction in how often he swears. Over the course of the album, he drops 125 swear words, his lowest total since underground debut Infinite, on which he cursed just 33 times.

The lack of swearing also correlates with a lack of aggressive and violent content. Revival has 125 overtly violent bars out of 1268, equating to 9.68% of Eminem's contribution to the album. This is his lowest figure since Encore, which had just 4.66% violent content, and 1.09% swear words, his second lowest total. 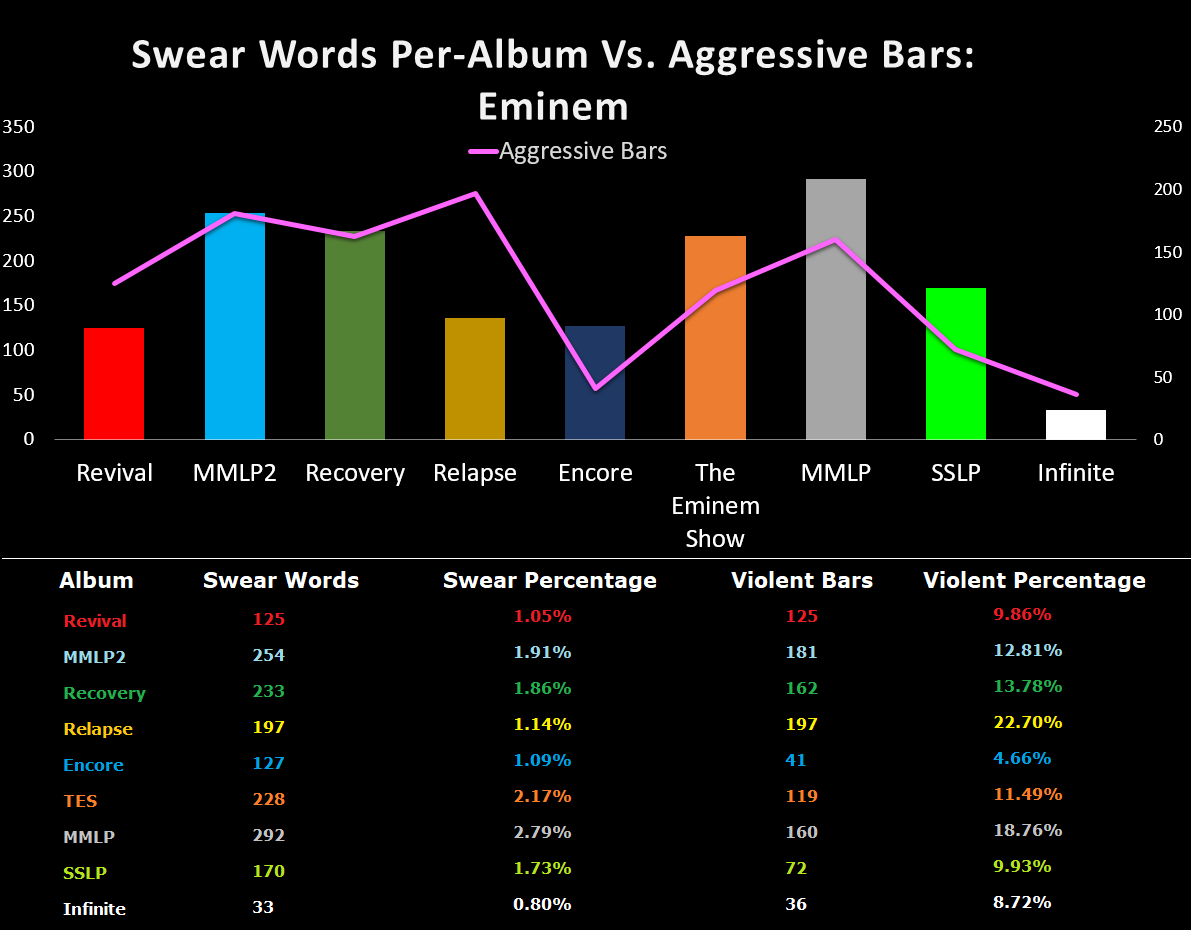 There seems to be a correlation between how much swearing his albums have, and how well they are received. Few will argue against The Marshall Mathers LP and The Eminem Show being classics, and they house the most swear words. It's interesting that Relapse is his most violent, given it performed the worst in terms of critical reception. The Marshall Mathers LP was similarly violent and aggressive, yet it was critically celebrated and is certified Diamond in the United States with sales of 12,500,000.


Just for fun, here is the distribution of swear words on each Eminem solo album: 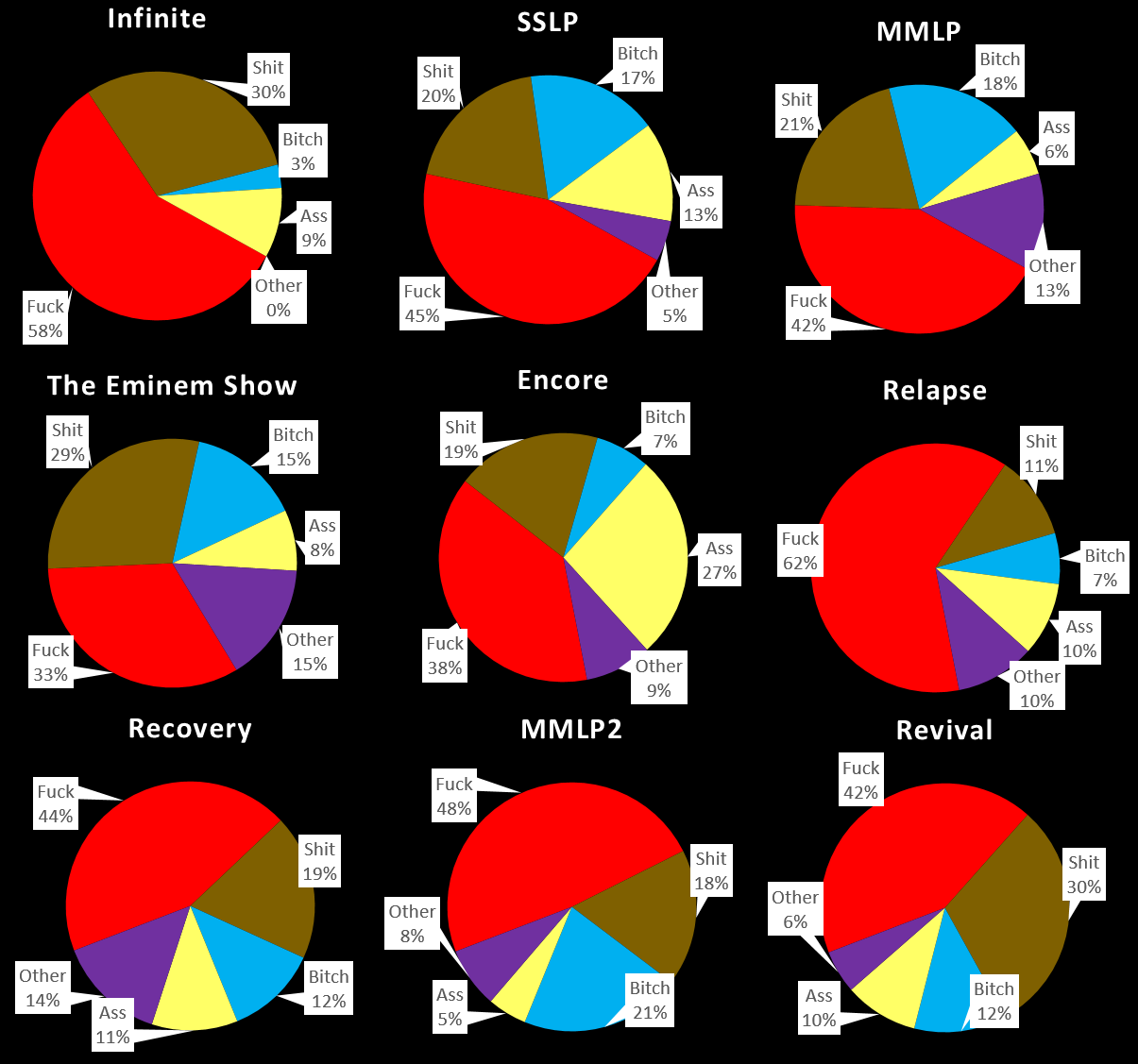 What is Eminem's Favourite Swear Word? 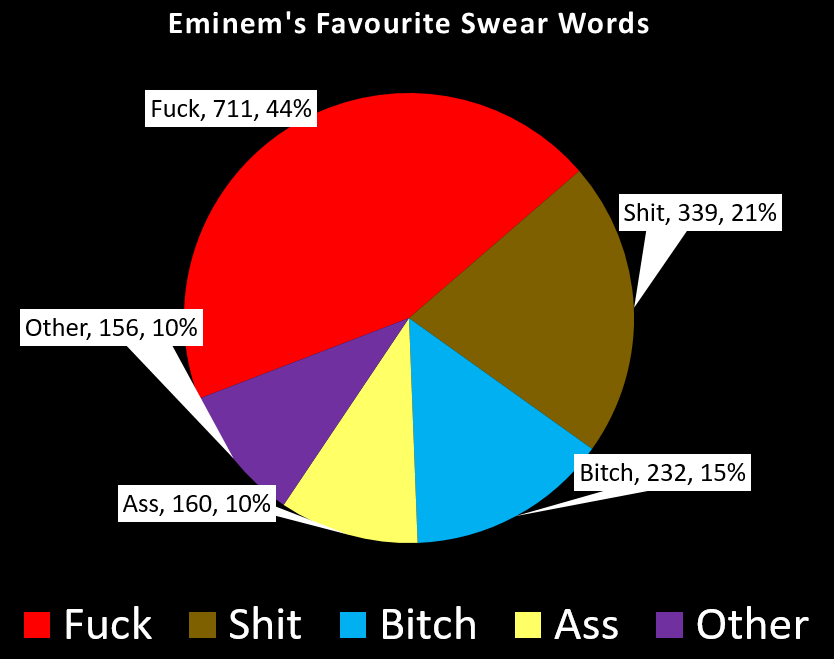 Eminem loves rapping the word "Fuck". 0.74% of the words he has rapped on his solo LPs are devoted to some derivative of fuck.

The "Other" category also houses some interesting statistics. While Em doesn't particular like the words "cunt" (he's only used it 7 times in his career) or "cock" (6 times), he enjoys using "faggot" (30 times), "dick" (73) and variations on "slut" (30 times).