What follows is an analysis of every Pitchfork review published in 2017, current to the 7th of December. As a bonus, I've included a comparison with every review (in which genre is specifically stated) Pitchfork published from 2010-2016, with thanks to Nolan Conaway. Information about the dataset will be listed at the bottom of the article. 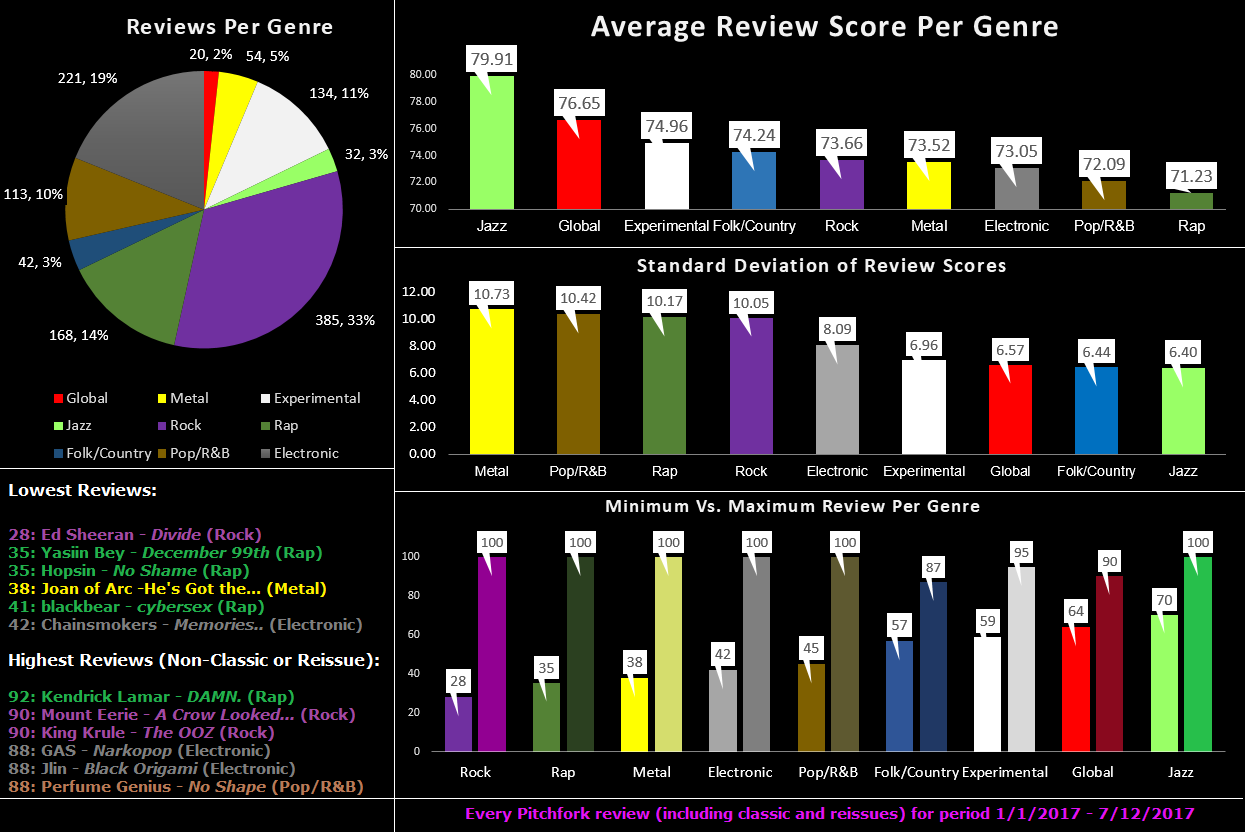 This infographic firstly (top left) show the amount of reviews per-genre. Rock dominated 2017, with 385 reviews out of 1169, which is a third. "Global" made up just 2% of the total. The Electronic classification came second with 19%, Rap third with 14%, and surprisingly, Pop/R&B actually came fifth, behind Experimental. Just 10% of Pitchfork's 2017 reviews were Pop/R&B.

Why do Jazz and Global have lower standard deviations?

It's possible that less popular genres in North America, such as Jazz and Global, release fewer relevant (with regards to Pitchfork's audience) records during the year. Because these genres aren't a priority, and don't command as much attention as Rock, Rap, Pop and R&B, reviewers are free to pick and choose what they want to review, naturally gravitating towards artists and groups they like and are familiar with. If a reviewer were to only review albums from artists they like, reviews scores would naturally remain high and consistent. If  a reviewer is covering a record from an artist they don't traditionally enjoy, simply because that record is popular.

Pitchfork publishes a number of "classic" reviews, where they go back in time and review a pivotal or important record from the past. They also review albums that have been re-issued, and if an album is being re-issued it's because it was once popular or a cultural touchpoint, and still has commercial value. As such, the top 27 scoring reviews of 2017 are either classic, or reissues. The first new album comes in at 28th; Kendrick Lamar's DAMN. with 92. It's then another 13 reviews before Mount Eerie clocks in at 42 with 90 for their 2017 record A Crow Looked At Me.

And while this seems quite harsh, give a thought to the following albums that suffered an even worse fate in the period 2010-2016:

There were 12 perfect scores in 2017, all classics and reissues:

Distribution of Review Scores by Genre (2017) 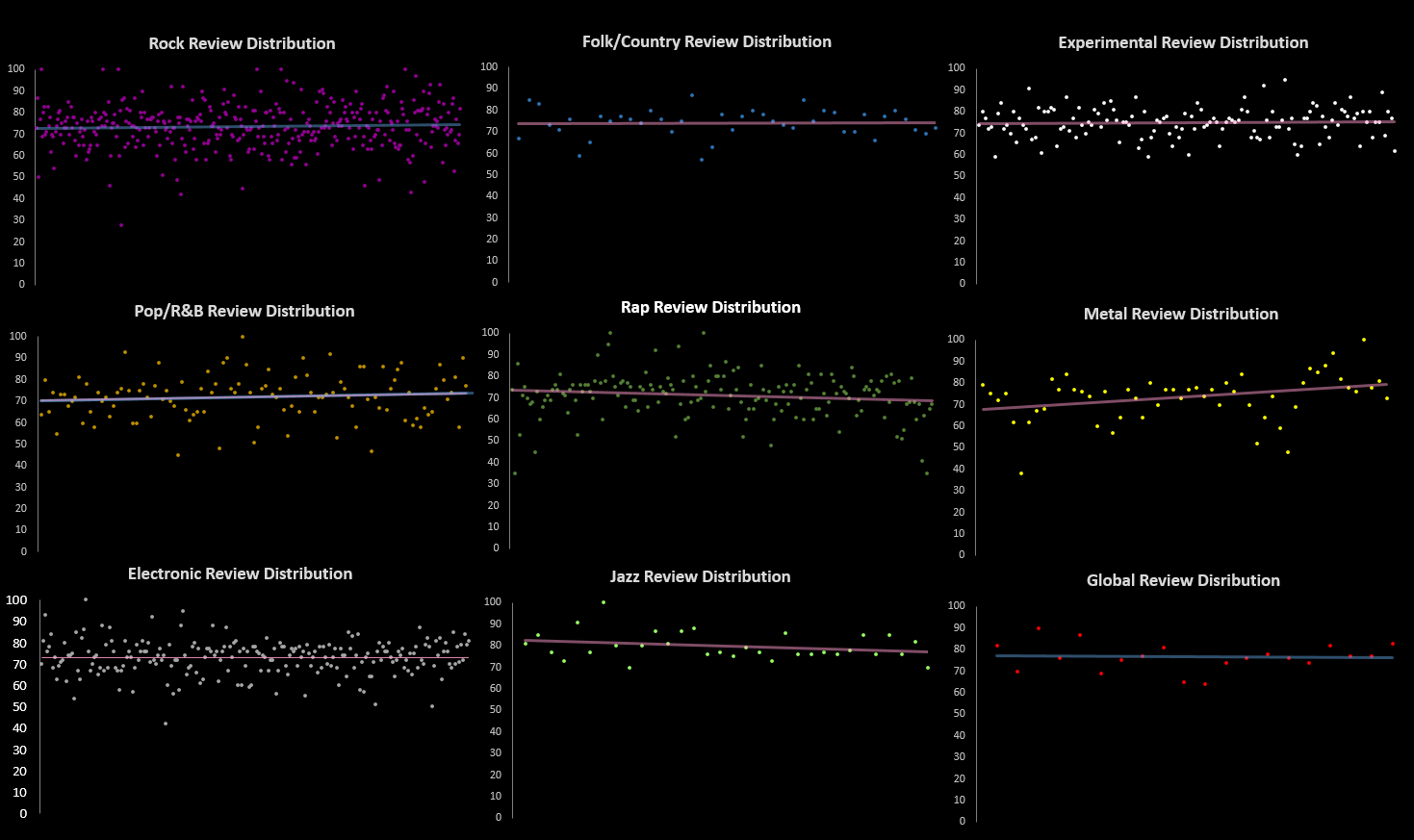 These graphs plot every single review from each genre in 2017, and the line represents the average review score at that point in time. This gives an idea of the variance, and allows us to view any outliers (like Ed Sheeran). Electronic only suffered 1 low point (from The Chainsmokers), but there are multiple lower outliers on the Pop/R&B distribution, as well as the Rock and Rap charts. It also gives a good idea of the amount of reviews in each genre. Global looks barren when compared with Rock or Electronic.

The most stable was Folk/Country, which only experienced a 1.14 point increase in 2017.

Metal, Electronic, Experimental, Global, Folk/Country and Jazz all experienced a less varied review score plot in 2017 compared to the previous 7 years. The most simple explanation is that there is more variance in review scores from 2010 to 2016 than there is in 2017.

All classic reviews and reviews of reissues are included.

Huge thanks to Nolan Conaway, who provided the data from 2010-2016. Check out his analysis from June 2017 on Pitchfork's review motivations.

"Pitchfork Roundup! What I found in 1800 Album Reviews"

Any questions, hit me up on here or on Twitter!