By The Numbers: Which Rapper Mentions Themselves The Most?

Which rapper do you think explicitly references themselves the most?  I decided to analyse the discographies of the top-tier artists from Kendrick's generation to see just who is the most prolific self-promoter. And the result?

Here is a graph that displays just how far ahead Nicki is from the rest of her competition. These are total mentions as a percentage of total words in a rapper's discography: 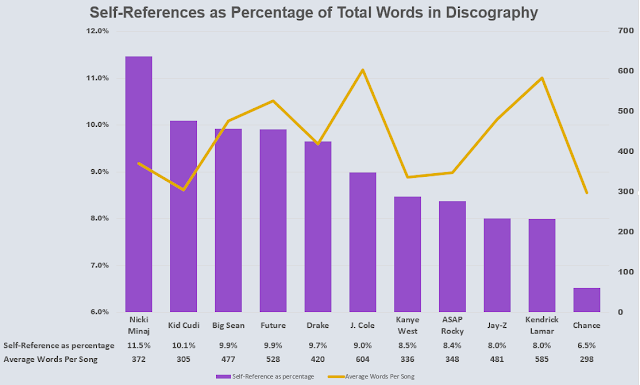 11.5% of Nicki's album raps are explicit references to herself.

Here is a link to the sister article, the hard stats of each artist in the data-set.

Here is a pie chart that shows the breakdown of how Nicki references herself: 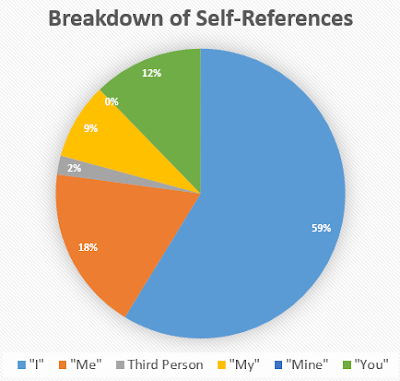 But What About Kanye? Or Jay-Z?

The Throne is notorious for self-references. Yet Kanye ranked 7th on this list, and Jay-Z 9th. Ahead of them were Nicki, Cudi, Big Sean, Future, Drake, and J. Cole.
In terms of  who performed more on Watch The Throne: 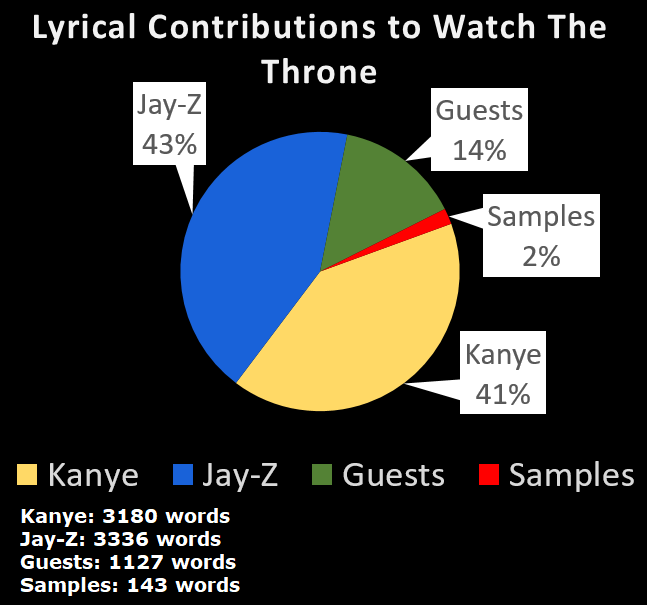 Jay likely has the most nicknames and monikers in hip-hop history. As a result, and not unexpectedly, he is the most prolific third person self-referencer (10.49% of all his self-references are third person), but A$AP Rocky is a close second (9.96%). 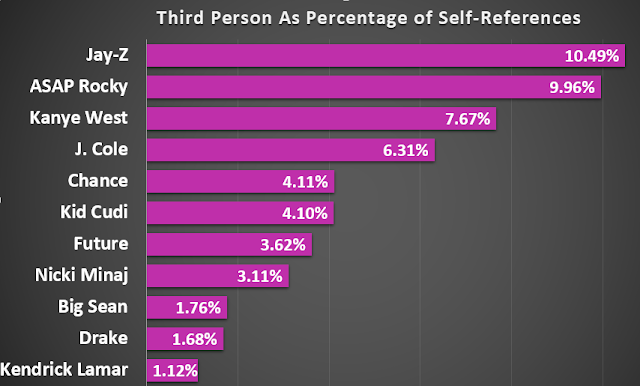 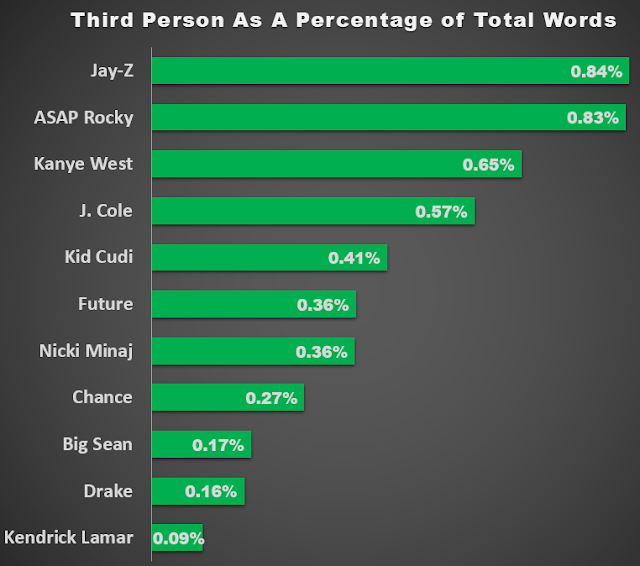 Which Rapper References Themselves The Least?

Chance The Rapper is the least prolific self-promoter in this data set. He mentions himself every 15.3 words, or 6.5% of his rhymes. Kendrick is next, at every 12.88 words or 8.05%, and Jay-Z is third least, amazingly, with just 8% of his lyrics self-references.

What about individual albums? 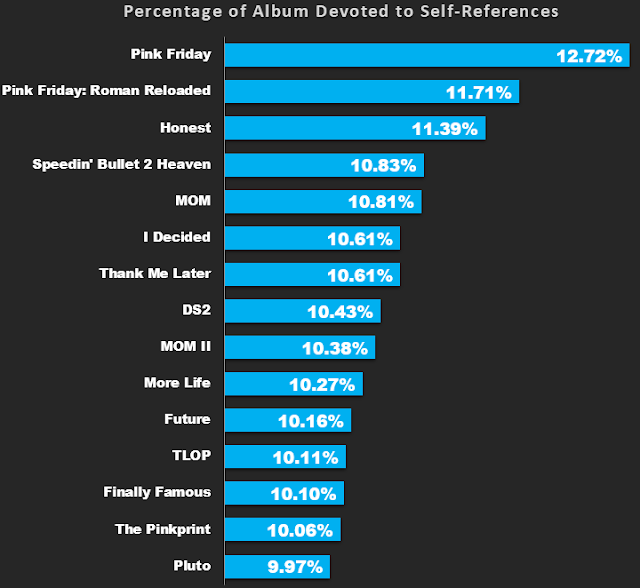 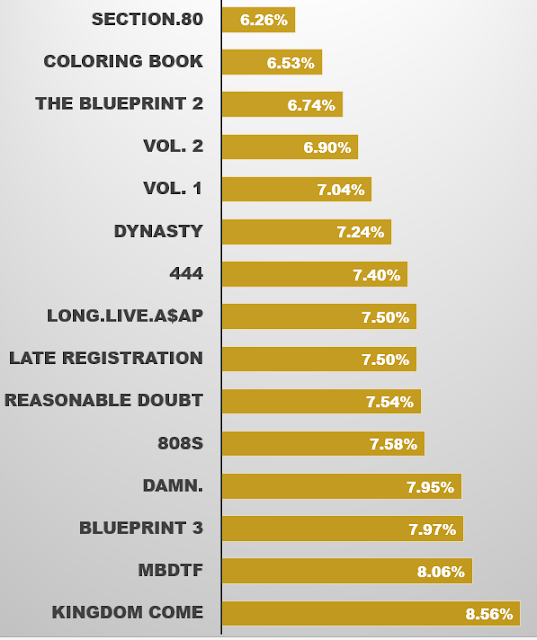 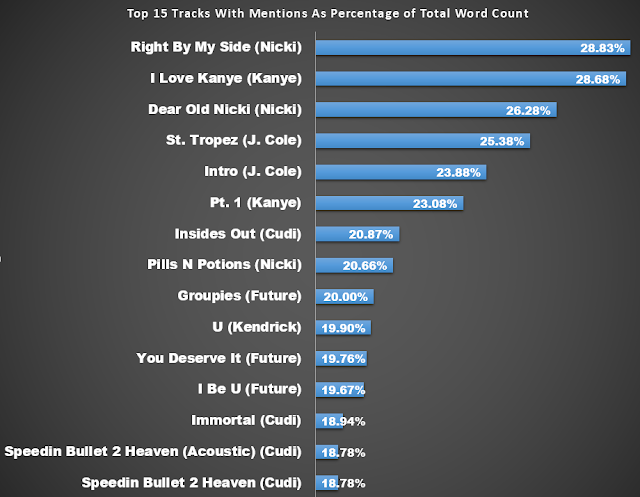 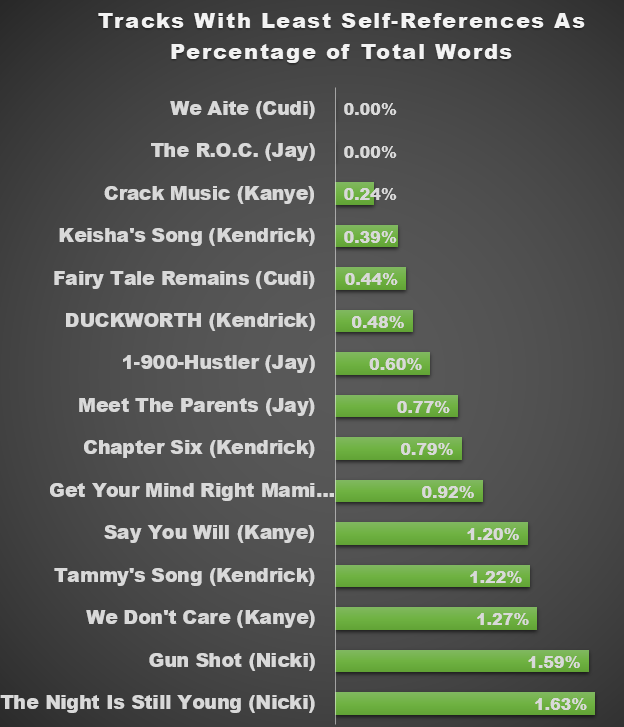