Relatively simple list. Cereal is ranked based on taste first and foremost, then things like nutritional profile and cost is used to further split the contenders.

There's way way way too much going on. Wheat, corn oats, nuts, sultanas, rice (?), and apple. But the worst part is the currents. Why bother? You've got sultanas in there!

Remember when you went on holidays and got those cool single serve packets? And how often did you choose the Sustain? Exactly. 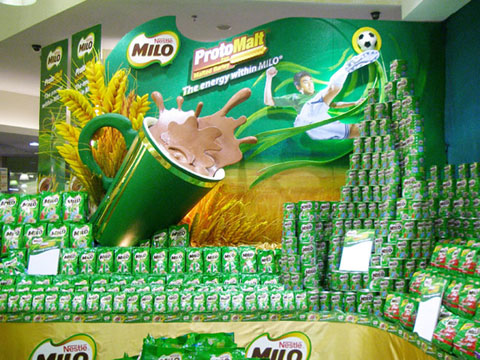 Source
People seem to like Milo cereal but I can't fathom why. The shells have an odd flavor, just really bland, and they don't seem to pair with milk at all. Coco Pops wins every time, or just a glass of hot Milo.

It might be good for you but it's quite dull. Get your antioxidants from red wine and chocolate like the rest of us.

Really bad for you and they don't taste very good. Weird texture too. I'll get that 13% of my daily sugar intake elsewhere I think.

I was going to say they ruined Nutri-Grain when they introduced the new formula, but lets face it, Nutri-Grain was never very tasty. And what taste it had was down to the sugar content, which remains alarmingly high.Makes a good Nuts & Bolts though! Shout out to my mum.

Apricot? Please can we just boycott this fruit. No-one has actually bought an apricot since 1997, which is why brands shove them in their cereal, because there is an over supply. Why are you ruining perfectly good sultanas? And why does the box have green grapes on the outside when inside the sultana's are brown?

Loses cool points for charging an extra $5/kg for gluten free, when the main ingredients are dried fruit and rice flakes. How expensive can they be?


Less sugar than Nutri Grain and Just Right (among others), which makes this cereal quite dull. I think people are just used to buying Cheerios.

There's just something about pillow-like food. Ravioli, fruit logs... If anyone knows of any others please let me know.

Why do Aussie cereal manufacturers insist on cramming American preferences down our yet-to-be-bloated necks? This is what you get when you dump a tablespoon of sugar on your Cornflakes of a morning. So just do that, don't encourage them to bring anymore sickly sweet US cereals out here (Cinnamon Toast Crunch you're on notice).


Would rank higher if not for the horrible ads back when I was watching free to air TV in 2008. They taste like you dunked your cornflakes in slightly less sugar than Frosties, yet at 30% sugar they could still pass as dessert.

Another pillow-like food, although they probably more resemble a lilo. Crispix are crispy, in the same way something deep fried is crispy. With so little fat, it's hard to know how they managed this feat, just be thankful they did.


Kellogg's have spun this brand into a full-blown range of products. The original cereal remains the best, giant flakes of oats, whole wheat, and rice. The texture is actually incredible when you eat it without milk, it's not too crispy like a corn flake, which makes you feel as though you're actually eating something substantial. Tend to go a bit soggy in milk though.

There's a reason why Corn Flakes hasn't resorted to pimping the name out to all manner of spin-offs (in Australia) like Special K. Since 1894, it's remained "flakes of corn". Why is there a rooster on the box? I am not sure. Why does it only get 3.5 stars when so many other cereals with three times the sugar get 4 stars? Again, that's a question for the cereal overlords. All I know is, Corn Flakes are iconic for a reason.

Apparently, there's such thing as "Raisin Bran", which is like replacing Drake with Quentin Miller on the Young Money roster. They're similar, but one is unpalatable. Sultana Bran is an unsung hero. Whilst sultanas aren't particularly good for you, they're very sweet. Add this to some big sexy bran flakes and you have a massive win.

The top 4 is incredibly hard to split. Rice Bubbles are delicious and they're fun too. We all knew who Snap, Crackle and Pop were during our formative years, they were the characters dancing around in our bowl or cereal making it hiss and bang. It's low in fat and sugar (despite, somehow, inexplicably, being rated 3 stars), and delicious!


3. Oats
$1.50/kg at your local supermarket for one of the tastiest, healthiest foods in existence. They're absolutely brimming with fibre, protein, potassium, iron, and magnesium. You can do infinite things with them too. Use them as a base for a slice, bake cookies, use the flour to make bread. Chuck them in a bowl, throw some milk on top and you're good to go.

Pipped at the post, Weet-Bix is a brilliant breakfast food. It's one of the healthiest things you can put in your mouth of a morning, stacked with iron, fibre, protein, and low in sugar, it's also incredibly versatile; it's been around since the 20s, so we've had 95 years to spin recipes and flavour combos. People have tried Weet-Bix pizza, Weet-Bix with Vegemite, with butter, people have even tried to make beer out of it. It's also encouraged to binge on them of a morning, with the "how many do you do?" campaign revealing Brett Lee does 7, and Tim Cahill 9. If you were to eat 9 in a sitting, without milk or sugar, you'd consume 83% of the average recommended daily calorie intake...

But it'd all be worth it.